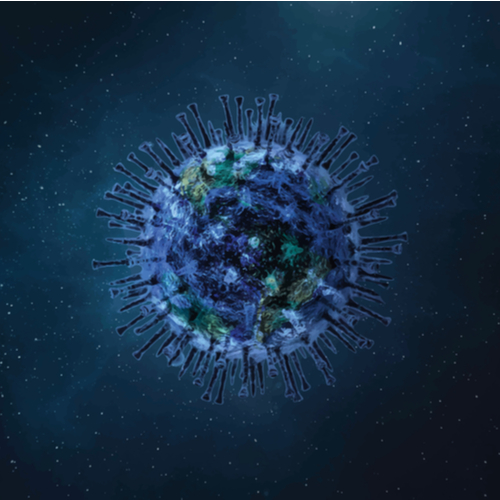 Unmasking the roots of the word on everyone's mind.

The Covid-19 pandemic is the defining issue of our time, altering our lives and our society as we watch: the first such event in 102 years. It's a lot to process, and it's easy to feel helpless. There's so much we don't understand. But the language we use to talk about the situation is understandable, and it helps put events into perspective. After all, the Ancient Greek word pandemic is over 3,000 years old, so this is something people have beaten before.

To understand pandemic, as with many Greek words, first we need to take it apart. The root demos (δημος), means "common people" or "population." Originally it meant "district," and came from the Proto-Indo-European da-mo-, meaning "division," with da meaning "divide," because a town that was big enough to be divided into neighborhoods would have names for those different areas and the people who lived in them. Demos also gave us democracy, "rule by the people," demography, "measuring the population," and demagogue, "a leader who appeals to prejudice and hate to gain power."

Understanding how pandemic relates to its siblings endemic and epidemic requires a brief tour through some Greek prefixes, all of which are present in English. En- means "in," so endemic literally means "in the people," as in something that's native to a specific area; it can be used as a synonym for indigenous. The prefix epi- means "over," "above," or "on top of," so an epidemic is something that covers a population, possibly overwhelming it. And pan- denotes something universal, ubiquitous, or affecting all of humanity. You can see it in panorama, literally "all that is seen," or pantheistic, "worshipping many gods."

In pandemic, the -ic suffix is also Greek, where it's used for adjectives, and Latin took that and gave us words like civic, classic, and aquatic among many others. So pandemic as a noun refers to a disease that is everywhere, affecting and/or infecting everyone all over the world, and as an adjective it describes a disease with those characteristics.

We'll leave you with one more related word, which is equally well suited to describe our current situation: pandemonium, a state of chaos, where a situation is hard to control.

What's Old is New Again: The Roots of "Novel"