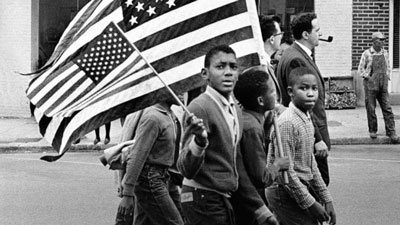 Each year, Black History Month is observed during the month of February.

In classrooms across the country, it's a time to honor the contributions that African Americans have made to our history and our culture, and to reflect on the issues that we face as a society today.

Try some new books this year, and leave the vocab to us. Introducing new titles to your curriculum doesn't have to mean starting from scratch. Our content team has developed thousands of ready-made vocabulary lists that are designed to align with your curriculum. You can use the lists as they are, or copy and customize them.

Pair assigned reading with a practice activity. With each reading assignment, assign a corresponding practice activity on Vocabulary.com. When students practice the words on the lists you assign, they learn key vocabulary and preview the text before they tackle the reading. Practice activities boost your students' comprehension and their overall word-knowledge.

Have students create their own lists. Students love our list-making tool as much as teachers do. Have your kids "collect" the words that interest and challenge them as they read, then invite them to share, discuss and practice each other's lists. If your kids like incentives, have them vote for their favorite student-made list and then use it to create a Vocabulary Jam for an engaging follow-up activity.

Below, you'll find recommended reading for Black History Month, along with links to our curated vocabulary lists for each text. Our suggestions include a range of fiction, poetry, and nonfiction that addresses major topics in African-American history, including slavery, life under Jim Crow laws, the Civil Rights Movement, and immigrant experiences.

March, by John Lewis. Book One. Book Two. Book Three. John Lewis's award-winning March trilogy offers an unflinching look at the life and work of the congressman and civil rights icon. The engaging graphic novel format vividly brings to life the Freedom Rides, the Selma march, and other key events in the Civil Rights Movement.

Twelve Days in May: Freedom Ride 1961 by Larry Dane Brimmer. Richly illustrated with archival photos, this book offers an account of the 1961 Freedom Ride, a protest of unconstitutional racial segregation on buses.

Mississippi Trial, 1955 by Chris Crowe. The murder of fourteen-year-old Emmett Till in 1955 shocked the nation. Crowe's novel explores Till's tragic death from the point of view of a white teenager visiting his grandfather in Mississippi.

The Journey of Little Charlie by Christopher Paul Curtis. In order to repay a debt, twelve-year-old Charlie agrees to help the cruel Cap'n Buck to capture several fugitive slaves. But when Charlie is confronted with the horrors of slavery, he is forced to reconsider his plans.

The Watsons Go to Birmingham by Christopher Paul Curtis. In this historical novel, a fun family trip to Alabama turns into a life-changing event when a Baptist church is bombed.

Elijah of Buxton by Christopher Paul Curtis. Elijah lives in a Canadian settlement founded by former slaves. Although his family and friends consider Elijah to be "fragile," he must find the courage to help others escape from slavery.

Stella by Starlight by Sharon M. Draper. Inspired by her grandmother's journals, Draper tells the story of an eleven-year-old girl who confronts racism in her segregated North Carolina town.

The Voice That Challenged a Nation by Russell Freedman. Freedman's biography of singer Marian Anderson follows Anderson's career as she defies the conventions that constrained African-American performers in the 1920s and 30s.

The Parker Inheritance by Varian Johnson. While spending the summer at her grandmother's house in Lambert, South Carolina, Candice finds an intriguing old letter in the attic. She joins forces with a neighbor to follow the clues in the letter and find a hidden treasure — but solving the mystery means uncovering past injustices in Lambert.

The Lions of Little Rock by Kristin Levine. In this historical novel, Marlee and her new friend Liz get involved in the battle to desegregate the Arkansas school system in the 1950s.

A Wreath for Emmett Till by Marilyn Nelson. Nelson's illustrated sonnet cycle is a moving, lyrical meditation on Emmett Till's murder.

Ghost Boys by Jewell Parker Rhodes. In this thought-provoking exploration of bias and injustice, a twelve-year-old boy meets the ghost of Emmett Till (an African-American teen who was lynched in 1955) in the afterlife.

Roll of Thunder, Hear My Cry by Mildred D. Taylor. Taylor's classic, Newbery award-winning novel follows Cassie Logan and her family as they face prejudice and hardship in Depression-era Mississippi.

One Crazy Summer by Rita Williams-Garcia. Sisters Delphine, Vonetta, and Fern explore their identities as African American girls when they travel to California during the summer of 1968.

Brown Girl Dreaming by Jacqueline Woodson. An instant classic when it was published in 2014, Woodson's collection of autobiographical poems won both the National Book Award and the Coretta Scott King Book Award and was named a Newbery Honor Book.

Kindred by Octavia Butler. Blending science fiction and historical fiction, this novel tells the story of an African American woman who travels back in time to a Southern plantation.

Between the World and Me by Ta-Nehisi Coates. Coates's acclaimed and award-winning essay collection, which is framed as a letter to his son, is a profound meditation on race and power in American society.

Copper Sun by Sharon M. Draper. A searing dramatization of the brutality of the slave trade, Draper's novel follows fifteen-year-old Amari from her capture in an African village to her enslavement in North Carolina.

I Am Alfonso Jones by Tony Medina. This powerful graphic novel, illustrated by Stacey Robinson and John Jennings, explores the life and afterlife of a teenager who is a victim of gun violence.

All American Boys by Jason Reynolds and Brendan Kiely. Reynolds and Kiely tackle the issue of police brutality in this novel told from the alternating perspectives of two teenage boys.

The Hate U Give by Angie Thomas. Already navigating the competing pressures of her prep school and her neighborhood community, sixteen-year-old Starr must grapple with prejudice and her sense of identity when she witnesses the shooting death of her best friend.

The Underground Railroad by Colson Whitehead. Winner of both the Pulitzer Prize and the National Book Award, Whitehead's novel confronts the horrors of slavery as it traces a woman's journey to freedom.

American Street by Ibi Zoboi. Zoboi's debut novel, nominated for the 2017 National Book Award, is a powerful and thought-provoking story of a young Haitian immigrant's attempt to live the American dream.

I Know Why the Caged Bird Sings by Maya Angelou. This first volume of Angelou's autobiography details the acclaimed poet's childhood and adolescence.

Go Tell It On the Mountain by James Baldwin.

Invisible Man by Ralph Ellison. In this classic exploration of race and identity, an unnamed protagonist delineates the ways society has rendered him invisible.

"The Weary Blues" by Langston Hughes. A leading poet of the Harlem Renaissance, Hughes wrote this poem about a jazz musician in 1925.

Incidents in the Life of a Slave Girl by Harriet Jacobs.

"I Have a Dream" Speech by Martin Luther King, Jr. King's famous speech, an impassioned call for equality, was delivered at the 1963 March on Washington.

"Letter from a Birmingham Jail" by Martin Luther King, Jr. While imprisoned for taking part in civil rights demonstrations, King wrote this powerful argument in defense of nonviolent protest.

The Bluest Eye by Toni Morrison. In Morrison's first novel, a troubled young girl dreams of escaping the abuse, prejudice, and bullying she faces.

Jazz by Toni Morrison. Set during the Harlem Renaissance, this follow-up to the Pulitzer Prize-winning Beloved explores a love triangle that ends violently.

Beloved by Toni Morrison. Lyrical and devastating, Morrison's masterpiece tells the story of Sethe, a woman haunted by her experiences as a slave.

"On Being Brought from Africa to America" by Phillis Wheatley. Enslaved when she was a child, Wheatley found fame and freedom when her collection of poetry was published in London in 1773.