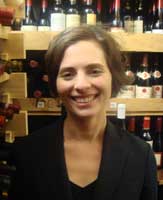 Are your olfactories overjoyed by oenology? We called wine director Jennifer Malone-Seixas, sommelier at New York's elegant Fleur De Sel restaurant, to ask her about words related to wine:

Legs. "They're a factor in examining a wine, something you discover before you taste it. When you swirl a glass you'll see the drips of wine sheeting off the sides -- those are the legs."

Weight. "When I'm talking about a full bodied wine or a wine moving in that direction I'll say it has a lot of weight to it. It's a palette-related comment." 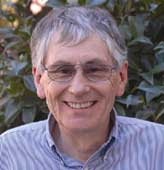 Geoffrey Pullum, the co-creator of the language website Language Log, sums up his site's popularity this way: "A: We like to have fun. B: We enjoy writing. And C: We're linguists." Over 40,000 people a week visit for a smart, witty, wry -- and, yes, fun -- take on how we use this English language of ours. Now Geoffrey and his collaborator Mark Liberman, both linguistics professors, have captured the flavor of their website in a new book called Far from the Madding Gerund and Other Dispatches from Language Log. We called Geoffrey to talk about his work.

Getting ready for that big renovation project at home? To make sure you have the right words for the job, we called Kevin Ireton, the editor of Fine Homebuilding Magazine, who graciously explained these -- fine -- homebuilding terms:

Stool. "The ledge on the inside of a window, which most people call the sill. The sill is the similar piece on the outside."

Crown. "It's used as a verb by framing carpenters and means to check a stud, rafter or joist to see if it's straight and to mark the crown (or high spot) if there is one."

Biscuit. "A small, football-shaped wafer of compressed wood used (like a dowel or spline) to join two boards together."

Eyebrow. "A particular style of dormer with an arched roof that mimic's the curve of your eyebrow."

World Wide Words is just that: Everything and anything about the English language, compiled by lexicographer Michael Quinion. From a well-stocked library in the little British market town of Thornbury, Michael writes a weekly newsletter read by some 50,000 people around the world. It's a veritable salmagundi of etymology, history, weird words, obsolete words, grammar and answers to readers' questions. Hey, where else can you learn about "the hairy antecedents of 'rebarbative?'" Michael's also a freelance contributor to the Oxford English Dictionary and an accomplished author. His latest book, just released, is called Gallimaufry, about words that have vanished from the English language. We had a rather delightful conversation with Michael:

Continue reading...
Topics: Vocabulary Language Words Usage
We gather in the poetry corner of the Lounge this month to spend some time with a good old-fashioned poem written back in the day when rhyme and meter were an expected part of the package. Along the way, we marvel at the staying power of a few sturdy English words. Continue reading...
Topics: Vocabulary Language Poetry
Lexicographer Jonathon Green is the editor of Cassell's Dictionary of Slang and the world's foremost authority on this rather rich subject. Here he argues the rationale behind his particular bailiwick:

There are, in round figures, some 100,000 words and phrases in the slang vocabulary. That's half a millennium's coinage, of course, and it's not just British English.