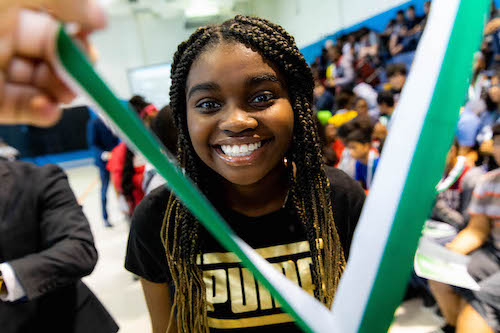 With only ONE MONTH to go in the Vocab Bowl season, schools across the map are furiously racing toward the finish line.

American High’s 2020–21 Vocab Bowl run continues to be one of the most exciting surges in word learning this competition has ever seen. With another decisive monthly victory under their belt, the Eagles soared to 4th place on the overall leaderboards. Showing no signs of stopping now, the Eagles are sneaking up on third place with only 2,000 words between them and Charles W Flanagan.

The big story this season in the Middle and Elementary School division continues to be McKenzie Middle School's audacious run toward number one. The Rebels mastered 54,159 in March to snag their second monthly championship. This Division III school, with just 373 students, has been punching way above its weight this season — starting with a Cinderella Story win on opening day.

The small-but-mighty Rebels continue to prove that they won't back down from Bowl behemoths that are double and triple their size. All season long, they've been battling back-and-forth for first place overall with Harris Road Middle School out of Concord, North Carolina. The Patriots are currently holding tight to second place, but with only 5,000 words between them and a few weeks to go, this race will be neck-and-neck until the final buzzer sounds on April 30th.

Speaking of close match-ups and heated Bowl races, we'll be keeping a close eye on the contenders in Division II. In the High School division, defending-champs The Ursuline School of New Rochelle, New York are poised to take home another championship title. But there's less than 10,000 words between them and Saint Mary's Ryken out of Leonardtown, Maryland in second place.

Schools across the map are invited to compete in another special One-Day Challenge! To celebrate the last day of the 2020–2021 Vocab Bowl season, we're throwing down the gauntlet to see which school in each division can master the most words in 24 hours.

The schools that finish at the top of the Division I, II, and III leaderboards on April 30 will be crowned the Final Buzzer One-Day Challenge Champions. That's a claim to fame which will earn them an official Vocabulary Bowl achievement certificate and hefty bragging rights.