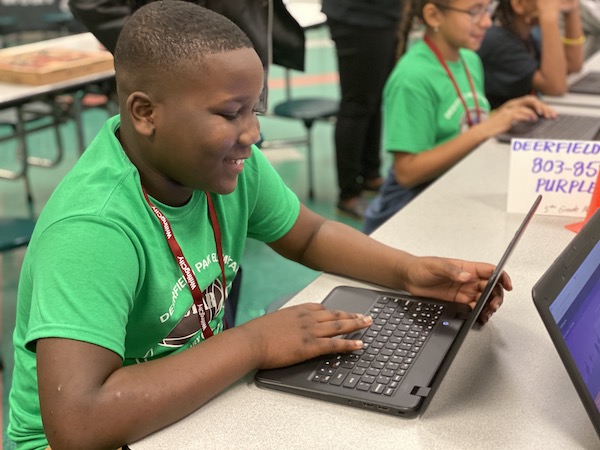 Schools across North America unwrapped their gifts for word-learning and finished 2020 in dramatic fashion on the Vocab Bowl leaderboards.

Congratulations to Cincinnati's Walnut Hills High School for their decisive December win with 32,885 words mastered. This is the Eagles' third monthly championship title and their 36th appearance in the Top Ten.

Though Etiwanda placed fifth last month, the former champs still hold a commanding lead overall this season and are on track to claim their fifth Vocabulary Bowl championship. But Walnut Hills have been runners-up for the last three seasons, and they've just cut Etiwanda's lead to under 30,000 words. Could this be the year that WHHS surges in the second half of the season to win it all? Both schools have eagles as their mascots, and we'll be watching this raptor-ous rivalry to see which talons prove more talented.

William Dandy Middle School moved up to fourth place, and with Pines Middle in fifth that makes a total of six of December's Top Ten middle schools Floridian, and half of the top twenty schools for the season so far. Charles W Flanagan High School is leading the state, after an eighth-place finish last season, and is in fifth place overall. The Sunshine State is shining brightly in the Vocabulary Bowl!

In the Middle & Elementary race, McKenzie, Harris Road, and Great Neck North have opened up some distance between themselves and the rest of the competition, but the margins separating many of these top-ranked schools are relatively slim. With ferocious competitors like these — and Hialeah Gardens, and Margate — in the mix, it would be a mistake to count anyone out with several months still to go before the Bowl concludes on April 30.

In Division II — schools with 500–999 students — Great Neck North has a good lead, but it's not insurmountable. There are at least five schools, including Pines and William Dandy, who could make a run at runner-up. In Division III — schools with fewer than 500 students — McKenzie is way out in front, but the Infinity Institute and Trinity Christian are both coming up behind second place Buckingham Charter. These smaller schools are fierce competitors who give us some of the Bowl's most exciting races!