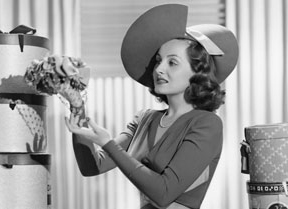 January 15th is National Hat Day, so we've put together a collection of words for hats, hoods, and other headgear.

Many of these terms describe the garb that's worn by different religious groups. Other terms will come in handy when you want to make a bold fashion statement, or when you just need to hide a bad hair day.

beret
This flat, brimless piece of headwear is most often associated with French culture and fashion. We can trace the origin of beret back to the Late Latin birrus, "large, hooded cloak," and since the word itself is French, the t is silent — beret rhymes with tray. From the time they were invented, berets have been casual, fashionable caps most often made of wool or felt. Although the song "Raspberry Beret" became a huge hit for Prince in 1985, this did not result in a beret-wearing fad, as far as we know. Similarly, when Ferris Bueller wore one in the classic '80s movie Ferris Bueller's Day Off, high school kids across America were not running out to buy berets to wear with their jean jackets. While these days you don't often see the beret worn as as street-fashion, the armies of several countries, including U.S. Special Forces, wear berets as part of their uniform.

bonnet
The English word bonnet comes the Scottish bonat, which is from the Old French chapel de bonet — an every-day, functional hat that was worn outdoors by both men and women. The word bonet referred to a kind of fabric that these hats were made of, and comes from the Medieval Latin bonetum, "material for hats." When you picture a bonnet, you probably imagine a woman or a girl wearing a hat with a poof of fabric over the back of her head, a deep visor that shields her eyes from the sun, and a big bow tied under her chin — like the one Laura wore on the old TV show Little House on the Prairie. Today, bonnets are typically regarded as old-fashioned, although they do survive in modern times in the form of the Easter bonnet, a fancy hat that is sometimes worn by Christian church-goers when they dress up for Easter Sunday.

cowl
A cowl is a type of hood. Christian monks often wear a belted robe-like garment with a cowl. In the world of pop culture, Batman's mask is called a cowl because it covers not just his face but also his neck, and is attached to the rest of his costume. However, most depictions of Batman's cowl show his version as tight and restrictive, not loose like a traditional monk's cowl. The Latin root of cowl is cucullus, or "hood."

derby
The derby is a hard, felt hat with a rounded crown. The style was first worn by gentlemen in England in the 1850s as part of a formal but practical outfit that was designed for riding horses. Two English milliners, the Bowler brothers, invented this hat to replace the tall top hat, which was easily knocked off people's heads when they rode under low-hanging tree branches. When the bowler was introduced to America, it became known as the derby, which is also a horse race.

fedora
The name of this hat comes from the feminine form of Russian fedor, which itself derived from the Greek Theodoros, or "gift from God." The fedora first gained wide popularity in the late 1800s when noted actress Sarah Bernhardt wore one in a play — her character was a Russian Princess named Fedora. The hat, with its distinctly creased crown and wide brim, conveyed cool-ness rather than coy-ness and instantly became a symbol of the modern woman. In the 1920s, England's Prince Edward started another fedora craze, and around that time the hat also became the day-to-day style worn by many Orthodox Jews. One hundred years after Sarah Bernhardt made the fedora famous, another legendary actor introduced the hat to a new generation. Harrison Ford, starring as archeologist and action hero Indiana Jones, risked life and limb (remember when he reached under the falling boulder to grab his fedora?) to save the coolest hat of all time.

fez
A fez is a short, round, red hat with a flat top and a tassel. Years ago, the fez was the official national hat of Turkey, and before that the Ottoman Empire. Today fezzes are sometimes worn by certain groups of Muslims and members of fraternal organizations such as the Shriners and the Elks. Fez is a French word that comes from the city of Fez in Morocco, where most of the hats were once made.

hijab
A hijab is a head-covering scarf that some Muslim women wear in public. For many such women, the hijab signifies both modesty and privacy. In some cases, the hijab is worn by a woman when she's with men who aren't in her own family. For other Muslims, it's equally important to wear a hijab in the presence of non-Muslims, including women. Still other practicing Muslims choose not to wear a hijab at all. The word hijab is Persian, from the Arabic ḥajaba, or "veil."

milliner
A milliner is not a hat — it's a person who designs, makes, and often sells hats. The term originally applied to anyone from Milan, the way that New Yorker means "someone from New York" or Londoner means "someone from London." Words like these, that derive from a place's name and serve as a term for its residents, are called demonyms. How did milliner come to be used in fashion lingo? The city of Milan has historically been a source of fine ribbons, silk flowers, and other fancy goods, known as millinery. These embellishments are just the kind of thing that hat-makers use to adorn their creations, which is why the term evolved to describe the people who design them.

toque
A toque is the tall hat that many professional chefs wear. At one time, the color of your toque represented your rank in the kitchen, but since the late 18th century most chef toques have been white, a color that's connected with "sanitary" conditions — something you want in a kitchen. You can also use the word toque to describe an old-fashioned women's hat with a narrow brim, or, in Canada, a knitted winter cap. The origin of this word is uncertain, although some experts believe it stems from the Arabic word taqa, "opening."

turban
A turban is a long scarf that's wrapped many times around a person's head. Sikhs are the most common wearers of turbans, including some Sikh women (although theirs are usually called a Dahtar). Turbans cover long hair and help keep it clean, as well as representing a proud Sikh identity. In Islam, different types of turbans represent different beliefs or social statuses. Turban comes from a Persian root, dulband. In western fashion, there is a smaller woman's hat that's also called a turban and is styled after the traditional religious headwear.

wimple
A wimple is a long piece of cloth that is wound around the head and the neck. It was considered proper during early medieval times for a married woman to cover her hair, and the use of wimples grew out of this custom. Married women no longer wore wimples after the fifteenth century, but they became an important part of a Catholic nun's traditional clothing. Today it's more common to see a wimple in a costume shop than on the street. The distinctive twisted and wrapped look of the wimple is appropriate, because one theory is that the word wimple traces back to a root that means "to turn."

yarmulke
A yarmulke is a brimless skullcap that is worn as an expression of religious faith by Jewish people. The word comes directly from Yiddish, which got it from a Polish word meaning "headwear worn by priests." The Hebrew name for yarmulke is kippah. One etymological theory traces the word back further to Medieval Latin almutia, which meant "cowl" or "hood."

Whether you prefer to wear a cowl or a wimple, a yarmulke or a hijab — hats off to you for expanding your vocabulary!

To practice these words and more, check out this list:
Put a Lid On It: Hats, Hoods and Other Headgear