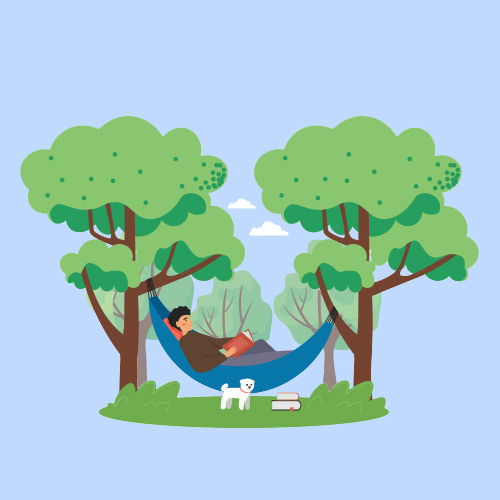 Incorporating Vocabulary.com into your summer reading expectations sets students up for success.

Whether you're assigning specific texts or encouraging self-selected reading, our ready-made resources help you address some of the biggest challenges that teachers face when it comes to summer learning: supporting a range of readers with varying interests and ability levels while holding students accountable.

Below, you'll find recommended reading for the summer months, along with links to our curated vocabulary lists for each text. These suggestions include a wide array of high-interest titles that will appeal to the range of readers in your classroom. It takes just a few minutes to turn these lists into adaptive, engaging assignments that are designed to boost reading fluency and comprehension.

For each text, the Vocabulary.com curriculum team develops a collection of vocabulary lists, extracting the words that are most essential for understanding. The terms on each list are presented in carefully chosen excerpts from the original source, ensuring that students learn through authentic examples and relevant context.

Accountability and Assessment Made Easy

When school is not in session, it's easy to see the progress your students are making on any practice that you assign on Vocabulary.com. Your teacher dashboard provides instant insight into who's doing the work, and their level of success. For summative data (and an added incentive for students to complete their reading), you can give our self-grading quiz when students return to school.

Below are recommendations from Vocabulary.com's curriculum team. Explore thousands of other titles and topics in the Vocabulary.com list library.

Clap When You Land by Elizabeth Acevedo

Amari and the Night Brothers by B.B. Alston

The Canyon’s Edge by Dusti Bowling

Charlie Hernández & the League of Shadows by Ryan Calejo

Aru Shah and the End of Time by Roshani Chokshi

The Ballad of Songbirds and Snakes by Suzanne Collins

To All the Boys I've Loved Before by Jenny Han

You Should See Me in a Crown by Leah Johnson

The Downstairs Girl by Stacey Lee

From the Desk of Zoe Washington by Janae Marks

Tristan Strong Punches a Hole in the Sky by Kwame Mbalia

One of Us Is Lying by Karen M. McManus

Ghost Squad by Claribel A. Ortega

Charming as a Verb by Ben Philippe

Early Departures by Justin A. Reynolds

Race to the Sun by Rachel Roanhorse

They Both Die at the End by Adam Silvera

The List of Things That Will Not Change by Rebecca Stead

The Queen’s Gambit by Walter Tevis

King and the Dragonflies by Kacen Callender (National Book Award)

Before the Ever After by Jacqueline Woodson (Coretta Scott King Award)

The Unwanted by Don Brown (YALSA Award for Excellence in Nonfiction)

Darius the Great is Not Okay by Adib Khorram (William C. Morris YA Debut Award)

The Hate U Give by Angie Thomas (2018 William C. Morris YA Debut Award)

The Crossover by Kwame Alexander

The One and Only Ivan by Katherine Applegate

The Wild Robot by Peter Brown

The Lemonade War by Jacqueline Davies

Out of My Mind by Sharon M. Draper

The Parker Inheritance by Varian Johnson

Diary of a Wimpy Kid by Jeff Kinney

When the Sea Turned to Silver by Grace Lin

The Season of Styx Malone by Kekla Magoon

The Miscalculations of Lightning Girl by Stacy McNulty

Paola Santiago and the River of Tears by Tehlor Kay Mejia

Mrs. Frisby and the Rats of NIMH by Robert C. O'Brien

When You Reach Me by Rebecca Stead

Other Words for Home by Jasmine Warga

One Crazy Summer by Rita Williams-Garcia

With the Fire on High by Elizabeth Acevedo

Here to Stay by Sara Farizan

Not So Pure and Simple by Lamar Giles

The Grace Year by Kim Liggett

The Night Circus by Erin Morgenstern

My Sister’s Keeper by Jodi Picoult

Opposite of Always by Justin A. Reynolds

On the Come Up by Angie Thomas

Frankly in Love by Daniel Yoon

Be Prepared by Vera Brosgol

The Cardboard Kingdom by Chad Sell

Laura Dean Keeps Breaking Up with Me by Mariko Tamaki

Lord of the Flies by William Golding

The Phantom Tollbooth by Norton Juster

A Separate Peace by John Knowles

To Kill a Mockingbird by Harper Lee

A Wrinkle in Time by Madeleine L'Engle

Romeo and Juliet by William Shakespeare

Of Mice and Men by John Steinbeck

A Walk in the Woods by Bill Bryson

The Boy Who Harnessed the Wind by William Kamkwamba

The Blind Side by Michael Lewis

The Radium Girls by Kate Moore

The Gene by Siddhartha Mukherjee

Chew on This by Eric Schlosser and Charles Wilson

The 57 Bus by Dashka Slater

They Called Us Enemy by George Takei

I Am Malala by Malala Yousafzai

The Giver by Lois Lowry

The Lord of the Rings by J.R.R. Tolkien

His Dark Materials by Philip Pullman

The Hunger Games by Suzanne Collins