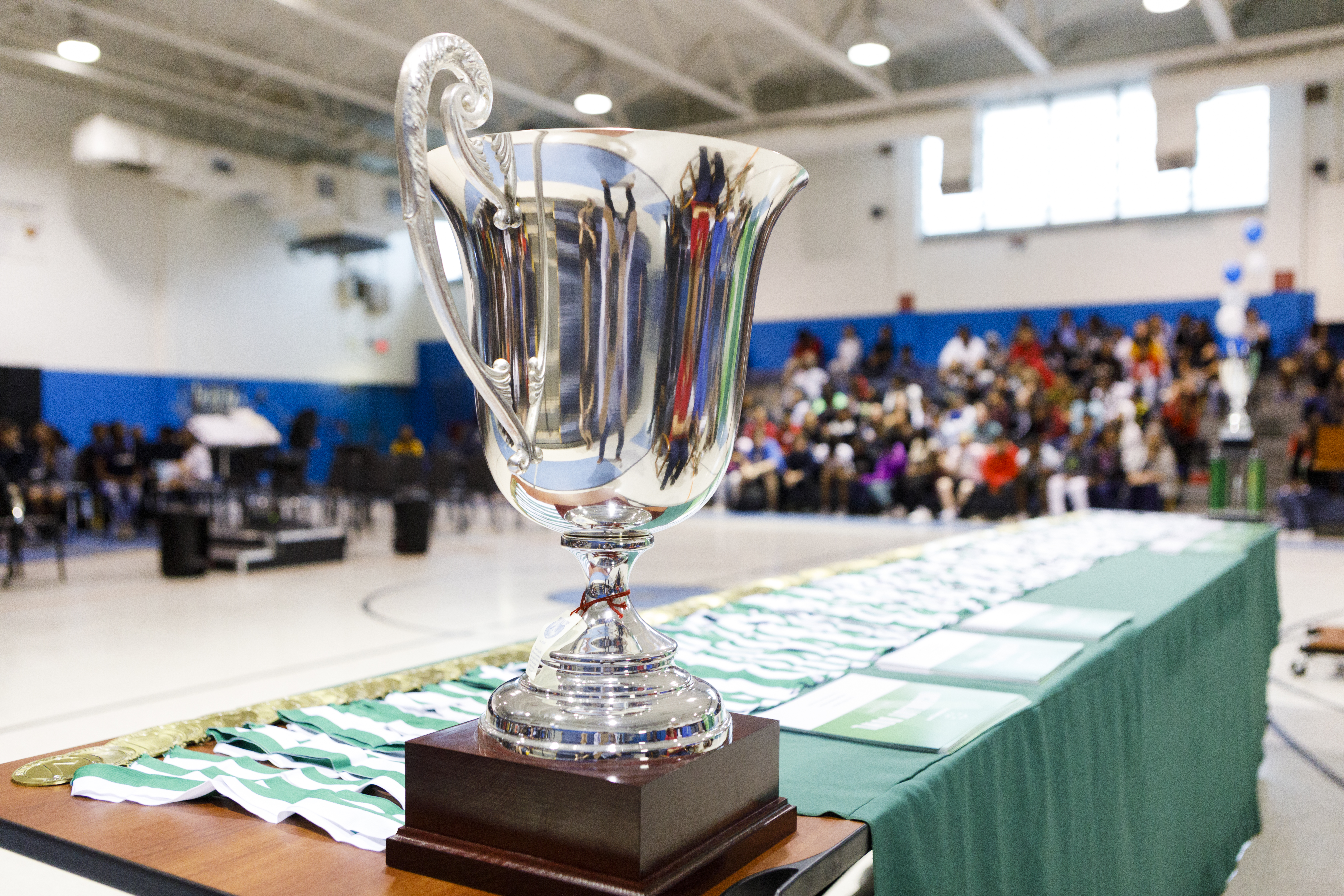 We raised the bar this year, setting a ridiculously high Bowl Goal of 40 million words mastered this season.

Why? We know there's nothing that motivates students and teachers more than an epic challenge. Plus, we believed in you. The result: You shattered records across the board and made this season the biggest, most competitive Vocabulary Bowl ever.

The 2019–20 Vocabulary Bowl concluded on April 30th in a final blitz of word learning that kept the leaderboards lighting up all night long. Despite widespread school closures that began two months ago and derailed a lot of academic competitions and special school events, the battle for Bowl supremacy continued online until the final hour of the competition. Thanks to the momentous effort of more than one million students, when the final Bowl buzzer sounded last week and the stats came in, this season exceeded our wildest expectations.

This year 1,609,002 students from across North America participated, setting an all-time high for the number of students competing: nearly a quarter million more than last year! We also welcomed thousands of new schools to the Bowl, widening the playing field to include 47,000 schools from all over the map. Together, students mastered 41,586,318 words in seven months — blowing away the Bowl Goal of 40 million, and beating last year's record by over six million words.

Every single student who competed played a part in achieving those epic numbers, so thank you, and congratulations! We are beyond proud of all of you, and thrilled to announce this year's winners.

Record Numbers in a Tumultuous Year

Behind these huge numbers are all the amazing students and dedicated teachers who worked toward small goals in their classrooms (and homes!), each and every day. Their countless personal triumphs not only meant a lot to those who achieved them, they added up to the collective record-setting totals we saw this year. Vocabulary.com is proud to recognize everyone who harnessed the power of friendly competition to motivate learning and achievement, especially in an unprecedented year where we all had to make major adjustments on the fly. Watch the season recap for shout-outs to some of the many special people and schools who lit up the Vocab Bowl leaderboards this season.

Vocabulary.com has certified the results, and is proud to officially announce the following 2019–2020 Vocabulary Bowl winners:

Division II Winners
In Division II, made up of schools with 500–999 students, defending champions Great Neck North Middle School of Great Neck, New York mastered 171,689 words to become back-to-back champions. Much like last season, the Blazers got off to a strong start and maintained a commanding lead throughout. Sycamore Middle School of Sycamore, Illinois put on a stunning performance to grab second place. The Spartans nearly doubled their word count over last year's 17th place finish, learning 132,284 this time around.

In the Division II High School race, last year's runner-up, The Ursuline School of New Rochelle, New York took first place. The Koalas weren't going to settle for second place this time around!  Over in Dayton, Ohio, Carroll High School came in second with 107,863 words mastered. That brings the Patriots total score up more than 30,000 words over last season.

Over in the middle school field of Division III, Ashe County Middle School of Warrensville, North Carolina made this a race to remember, with 167,199 words mastered — more than double their total last year! This season, the bulldogs were determined to top both the division and state leaderboards — and they delivered! Two schools in North Carolina gave chase for the title of Division III Middle School runner-up — Currituck County Middle School and Hobbton Middle School. In the end, Currituck County took second place over Hobbton with 89,412 words. And Hobbton Middle came in third with a total of 88,718 words mastered.

In the third year of our expanded Vocabulary Bowl awards program, in addition to the winners and runners-up listed above, the top school in each U.S. state and territory and each Canadian province will also be awarded a Vocabulary Bowl Champion banner. For those results, go to the 2019–20 season leaderboards, and under the "All Schools" leaderboard select "Full Results". Then click on "All State & Provinces" to expand the menu and drill down by state or province. Banners are also awarded to the Top 10 schools in the Middle & Elementary School and High School Divisions, and in Divisions I, II and III. Check out those leaderboards for the season's final standings.

Congratulations and Thank You

Stay tuned for updates on this year's award ceremonies, which will be different from previous celebrations because of restrictions on travel and gatherings. As the banners are being printed, we're working with schools to determine the best time and manner to honor the winners, giving everyone involved the recognition they deserve as soon as it's safe to get together. Both Etiwanda and McAuliffe will see their names etched in the Vocabulary Bowl Mastery Cup, which we hope to present in person later this year.

Although the official Vocabulary Bowl season has come to an end, schools can still compete over the summer months for a monthly champions banner, so it's never too late to get started. We'd love to have you join the competition and the fun. Here's how to get your school involved.