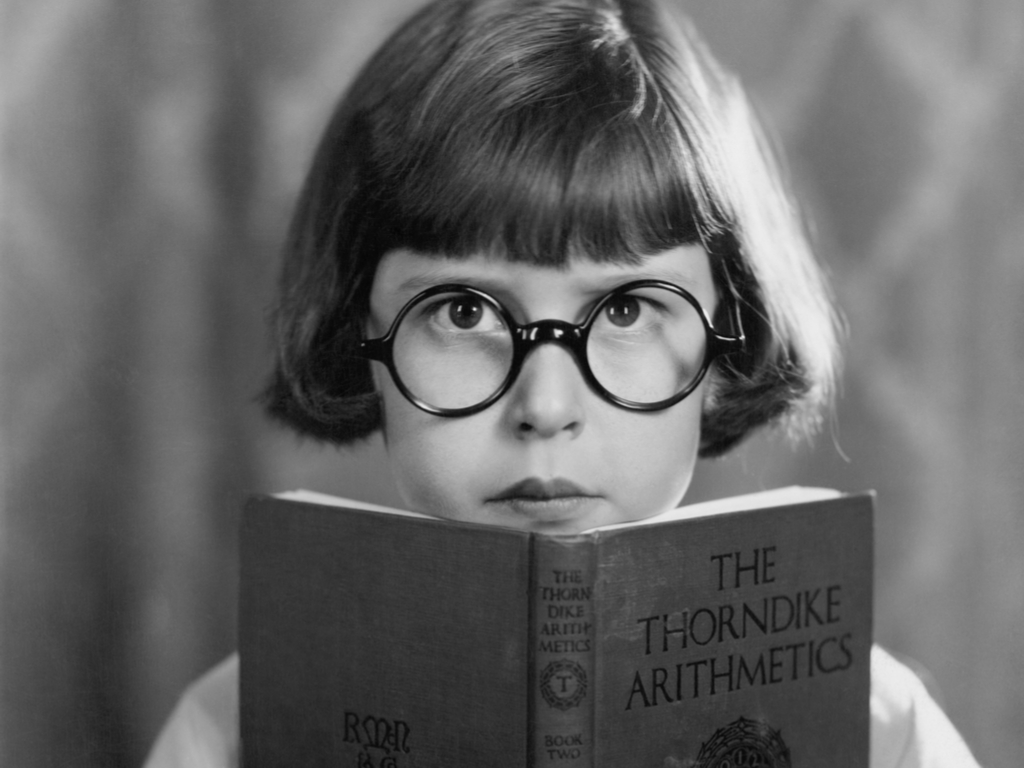 Sometimes it's hard to believe nerd used to be mainly an insult.

Most recent uses range from neutral to affectionate to proud. North Texas Daily says, "'Ready Player One' is a love letter to nerd culture." A recent New York Times piece describes, "'Black Panther' and the Revenge of the Black Nerds." A story from Richmond, Virginia's WTVR destroys the image of the lonely nerd: "Jury duty 'nerd' romance leads to wedding bells on National Pi Day." Nerdery is broad: you can be a boat nerd, music nerd, process nerd, or fill-in-the-blank nerd.

The realm of nerdiness has been steadily expanding for years, with nerd culture taking over the world in the form of technology and pop culture. That makes this a good time to look at this insult turned compliment with a murky past and bright future.

As the terrific Ben Zimmer (current Wall Street Journal language columnist and former Visual Thesaurus executive producer) has explored, the origins of nerd are unknown, though there are theories. Some think it's related to ne-er-do-well, but that's been debunked. The Oxford English Dictionary (OED) mentions the possibility that it's an alteration of drunk or turd, but there's not much evidence. Many believe it comes from Dr. Seuss' If I Ran the Zoo, a 1950 book featuring a fictional beast called a nerd.

Zimmer examined this popular theory and found it lacking, "I find the Seuss explanation somewhat credible, though it has some problems. Why would the original users of nerd pick up on that particular word, as opposed to any other Seussian nonsense (like, say, Nerkle)? Both the Redbook version and the book included illustrations of the Nerd, but neither portrayal looks like a bookish, dweeby type. And how would it get into circulation, exactly? Did kids raised on Seuss grow up to be adolescents with the nerd putdown in their arsenal? In fact, nerd entered teen slang more quickly than that."

Sure enough, the oldest known example is from 1951 in Newsweek: "In Detroit, someone who once would be called a drip or a square is now, regrettably, a nerd." That does seem too quick to support the Seuss theory. Much like the platypus, the primordial origins of nerd may forever remain a mystery.

The catchy sound and short form of nerd has made it not only irresistible to bullies but ripe for variation. People have been called nerdy since at least 1960. A Yale Record article from 1960 doubles up on the insults: "Of all the schleps... you are the nurdiest." A 1978 example from the New York Times points toward the eventual rehabilitation of nerds: "The nerdiest nerds on TV are really smart cookies." Nerdiness has been spotted since 1976, while nerdhood has been around since at least 1984 and a People magazine article that states a timeless truth: "We all have something of nerdhood within us." Other terms that can convey the positive or negative sense of nerd are nerdish, nerdishness, nerdtastic, and nerdtacular.

Verb-wise, you can nerd it up, nerd out, get your nerd on, or just nerd, which Green's Dictionary of Slang defines as "to study hard." Green's also records nerd magnet ("a young woman or girl who attracts boring, unattractive men") and nerd packet ("a plastic, sectioned liner for the breast pocket that keeps pens from soiling the cloth"). An explosive alternative to nerd is nerdbomber: a nerd who is also a pest trying to hang out with the cool kids, whoever they are. Nerdbombing is a lexical cousin of photobombing.

Another sterling collection of terms—Paul McFedries' Word Spy—collects other creative variations, such as nerdsplaining. ("Explaining in an overly intellectual, obsessively detailed way, particularly when the topic is obscure or highly technical.") I'm no ophthalmologist, but nerdsplainers may be victims of nerd-sightedness (seeing the world through nerd-colored, overly technical glasses) and could live in nerdistan (any group of nerds, or a place known for a large nerd population). Nerdistans such as Silicon Valley are full of millionerds and entreprenerds who may take a nerd bird (a flight to a tech hub) to work. No relation to bird nerds, who simply love our avian friends.

The close association with technology has been a key factor in the cultural rehabilitation of nerds—and, of course, geeks. A geek started as a circus freak biting the head off a chicken, became a nerd, and now is a guy who builds a smart phone or loves Game of Thrones. That's a positive trend to say the least.

Other terms haven't been quite as rehabilitated, maybe because they weren't as successful in the first place. Take the lonely dweeb. This is a much younger word, so maybe it still has a chance to catch on. The OED's first known use is from the New York Times in 1982: "They try to keep the kids from cut knees, from drowning, from insulting any hoseheads and dweebs on motorcycles."

Poor hoseheads and dweebs. They still aren't cool, but other terms lag further. The OED includes a bunch of amusing, out-of-use terms for bookish sorts, including muzz, swot, sapper, mothball, and mugster. They're only of note to word nerds, which, thank goodness for me and probably you too, is now a cool thing to be.