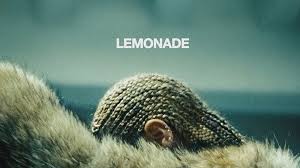 Beyoncé’s Lemonade was introduced to the nation as a “visual album,” a series of videos for the songs connected by images backed by Beyoncé speaking phrases which echo the concerns of the lyrics. Beyoncé’s choice of words in these spoken passages is just as interesting as those she chooses for her lyrics, and they tell us a great deal about what Lemonade is about.

The alchemist: making lemonade out of lemons

The title Lemonade comes from the phrase, “When life gives you lemons, make lemonade.”  In general it means to make something good out of a bad situation you have been handed.  As Beyoncé’s grandmother Hattie says in a video clip, “I’ve had my ups and downs, but I always find the inner strength to pull myself up. I was served lemons but I made lemonade.”

Related to her ability to make lemonade out of lemons, Beyoncé’s grandmother is also given the title of alchemist:

Grandmother, the alchemist…
You spun gold out of this hard life…
Conjured beauty from the things left behind.

One form of alchemy, which was practiced in the Middle Ages, consisted of taking worthless materials, like lead, and turning them into gold. Although historically alchemy was often the practice of con men and people just pretending to have created gold, Beyoncé reclaims the word here, and for her, alchemy is a true magic, a thing of wonder. It is alchemy that Beyoncé’s grandmother practices as she gets through life, transforming bitter lemons into lemonade.

Much of Lemonade is about finding the strength to be an alchemist in one’s own life  — discovering how to deal with troubles and transforming the hardships into something valuable.  Throughout the songs and dialogue, Beyoncé recounts her journey towards this ultimate goal.  The journey is traced by the titles that Beyoncé gives to each section.  Most of the section names, like “Anger” and  “Emptiness” are self-explanatory, but two titles in particular aren’t as clear as the rest...

Intuition and Apathy, a curious mix

The first section of Lemonade is called “Intuition.” Intuition is defined as “the ability to understand something immediately” and it carries the sense that reasoning or thinking were not involved in this understanding; intuition can be something that just hits you out of the blue. It is appropriate, therefore, that Beyoncé begins with a section with this title. Her understanding of her situation is immediate and the rest of this story will deal with the consequences of her intuition.

Section four of Lemonade is called “Apathy.” Apathy is lack of concern, interest or enthusiasm. “Apathy” comes right after part three, “Anger,” and to a certain extent after the release of so much emotion in “Anger,” some level of apathy might be inevitable. Part Four involves Beyoncé contemplating her own dead body, which is a powerful, striking image that accuses the people Lemonade is addressed to — it is  not really an image of apathy at all. The one truly apathetic detail in section four is when Beyoncé says:

She sleeps all day… dreams of you in both worlds.

People who experience apathy are likely to sleep all day because they are not interested or engaged in much of anything at all.

The elusive nature of love

Early on in Lemonade, Beyoncé quotes the following lines from a poem by Warsan Shire, who is the source and inspiration for much of the dialogue:

I don’t know when love became
elusive. What I know is no one I know has it.

Elusive means “difficult to find” and is often used for something that is close but not in your possession, something that you just miss getting for yourself. It is the “close but not quite there” character of elusive that makes it a word choice that triggers many associations and emotions. Beyoncé and Shire’s use of “elusive” here characterizes love as a slippery thing stubbornly resisting capture. It is not the case that Beyoncé no longer knows what love is or is dismissing it altogether, but rather that love has turned into something that she can no longer have in her grasp, which may be worse than being far removed from it. Luckily, by the time Beyoncé’s quest is over, she will come to realize that maybe love isn’t so elusive after all.

Beyoncé’s Lemonade is a highly personal exploration of love and the strength it takes to be an alchemist — to change the situations life hands you into something valuable and precious.  Through their skillful use of words, Beyoncé and poet Warsan Shire haven’t merely given the fans some entertainment; they have taken their audience on a journey. Continue on that journey by learning more words from Beyoncé’s Lemonade.