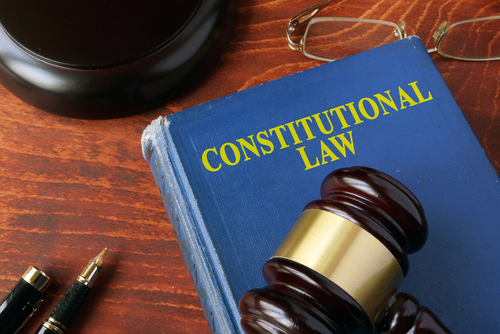 One of the controversies surrounding President-elect Trump has been the separation (or lack thereof) between his previous life as a businessman and his future career as president.

Trump has had dealings with foreign leaders in the past as part of his business, but there is a clause in the Constitution that states that "no person holding any office… [shall] accept of any present, emolument, office or title of any kind whatever, from any king, prince or foreign state" unless Congress consents. Under this clause, for instance, is the government allowed to charge money to foreign leaders for lodging in a Trump-owned hotel? This would benefit Mr. Trump personally. Is that allowed under this Constitutional provision?

The unfamiliar word here is obviously emolument. The obscurity of this word and the fact that the Constitutional section that contains it has so rarely been dealt with in American history means that scholars and politicians on both sides of the aisle are all offering their own interpretations. The soon-to-be president's actions may be limited by this word, so let's examine it in detail.

Emolument means "compensation for labor or services" and also has now-obscure senses of gain, benefit or advantage.  From Latin emolumentum, there is speculation that the word originally meant "payment to a miller for grinding out corn" from emolere “to grind out." As the extended definitions indicate, however, emoluments don't have to strictly be monetary payments — they can be the return of a favor or an advantage something brings to someone. But what counts as the return of favor will be crucial in determining whether the Constitution has been violated.

Historically, emolument has been used, at times, rather loosely, to mean any sort of benefit. In the dictionary citation of a sentence from 1633:

Thy never hadst in thy house... A piece... of cheese...For their emolument.

Unless you're trying to catch a mouse, or punish a lactose-intolerant enemy, a piece of cheese is rarely of tremendous benefit. Emolument here clearly means just a moment's pleasure or benefit, not a high stakes advantage.

Slightly more seriously, but again not strictly concerned with money, is this praise of scholarship from 1881:

Men who want to be scholars for the emoluments... scholarship will bring.

The pursuit of knowledge for knowledge's sake has never been a particularly profitable enterprise, but this quote hints at the other benefits scholarship may have — it can be advantageous beyond the pocketbook.

These senses of the word make the presidential situation even more complex, because they suggest that someone examining the White House's behavior would have to look at not just money exchanging hands but also, potentially, favors or benefits going in both directions in a given dealing with a foreign government.  While there is no consensus on this issue, experts seem to suggest, that as long as the terms of the deal are equal (a so-called "arm's length" deal), then the president-elect would not run afoul of the emolument clause.

This situation is still developing — the President-elect isn't even officially the president and won't be until January 20th — so we are still unsure about the details about what Mr. Trump will or won't do. One thing we can be sure of is that this controversy over the interpretation over the word emolument, first attested in the mid- 15th century, reminds us that our constitutional and linguistic pasts are always with us, informing and influencing the behavior of all of us, including the most powerful people on the planet.