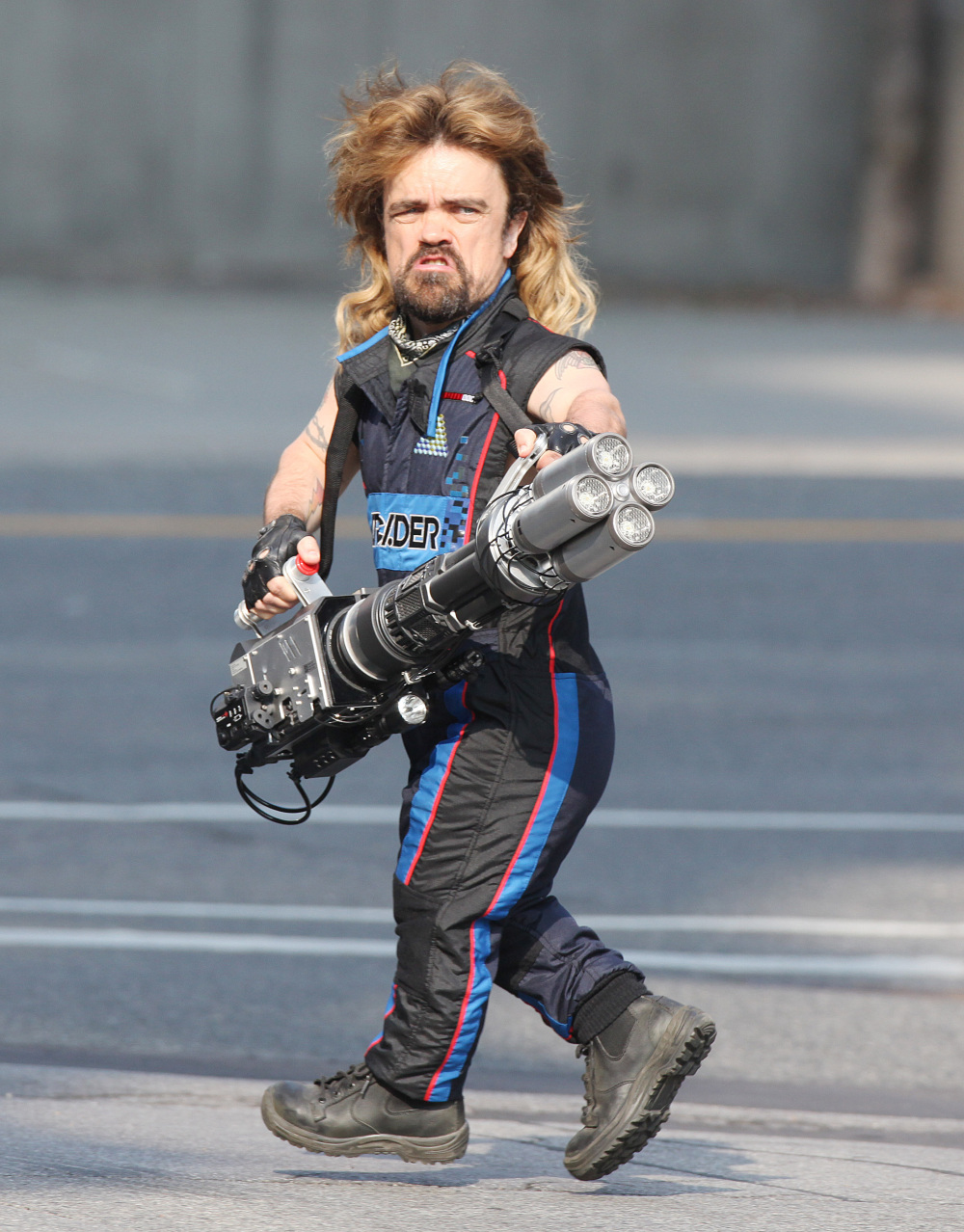 Business in the front. Party in the back. And in between, a linguistic mystery.

Whether or not you're planning to see the 1980s video game throwback film Pixels this weekend, you won't want to miss the mullet Peter Dinklage sports in his role as Donkey Kong master Eddie Plant. Thanks to a sneak peek in USA Today's EntertainThis! last summer, Dinklage's impressive hairstyle has been making the rounds already.

But while the mullet haircut should certainly take us back in time, the word itself should not. Mullet was coined in the 1300s to refer to fish; the word's earliest use as a hairstyle name did not appear in print until 1994, when the Beastie Boys' song "Mullet Head" "had a little story to tell/About a hair style that's way of life."

You're coming off like you're Van Damme
You've got Kenny G, in your Trans Am
You've got names like Billy Ray
Now you sing 'Hip Hop Hooray'

Put your Oakley's, stone wash on
Watching MTV and you watch on
And #1 on the side and don't touch the back
And #6 on the top and don't cut it wack, Jack

How is this possible, countless have asked in Internet-based discussions, that the haircut didn't find a name until 1994? Certainly we all remember calling those styles mullets back when everyone was wearing them. Or do we?

A podcast for the Oxford University Blog tells the story of Oxford Dictionaries' search for an earlier origin. With many Reddit TIL posts attesting to remembering mullet from the 1970s and 1980s, editors could find no reference earlier than the Beasties'. (One of nine Beastie Boys citations in the OED.)

The linguistic detective work got interesting when a contributor to a Reddit thread produced a scan of a the printed phrase "mullet-headed" in the January 1992 issue of the Australian car enthusiast's magazine Street Machine. The OED editors were excited to unveil this new, earlier dating of the words, but ran into a snag in the process of confirming the lead.

A print copy of a January 1992 edition of Street Machine could not be located in several major libraries in Australia and New Zealand, nor in the archives of Street Machine collectors. The libraries and collectors were able to produce, however, a double January/February 1992 issue of Street Machine, which included a story identical to the scanned story in every respect save the inclusion of the word mullet. This left two possibilities: either the January 1992 issue was a near-untraceable special release, or the original Reddit responder had made alterations to the January/February 1992 edition. Katherine Martin, head of Oxford Dictionaries, holds out hope for the former. "Why would anyone go to all this trouble to hoodwink the OED?"

But hoodwinked or no, it seems that at least for now the word is firmly located in the 1990s. Graeme Diamond, Editorial Content Director for The Oxford English Dictionary, speculates as to why so many of us insist on backdating our memories of this word.

People confuse the word [mullet] with the phenomenon. Certainly you think of the haircut — long in the back, short in the front — as quite the 80s thing. But…at that point, when they were at the height of their popularity, it was actually a fairly unremarkable haircut and didn't need a name more than any normal haircut.

What do you think? Is it a little hard to believe that mullets were not named as such until most people had stopped wearing them? Or possible that back in the 1980s, the word haircut simply said it all?