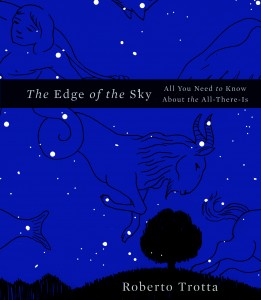 Like stargazers pointing out particularly stunning visions in the night sky, we generally use this column to marvel at shiny words we come across in our reading.

Today, we're pointing out the lack of them.

Theoretical cosmologist Roberto Trotta has written  a book, The Edge of the Sky, which promises to unlock an astrophysical understanding of the universe using a "lexicon...limited to the thousand most common words in the English language, excluding physics, energy, galaxy, or even universe." 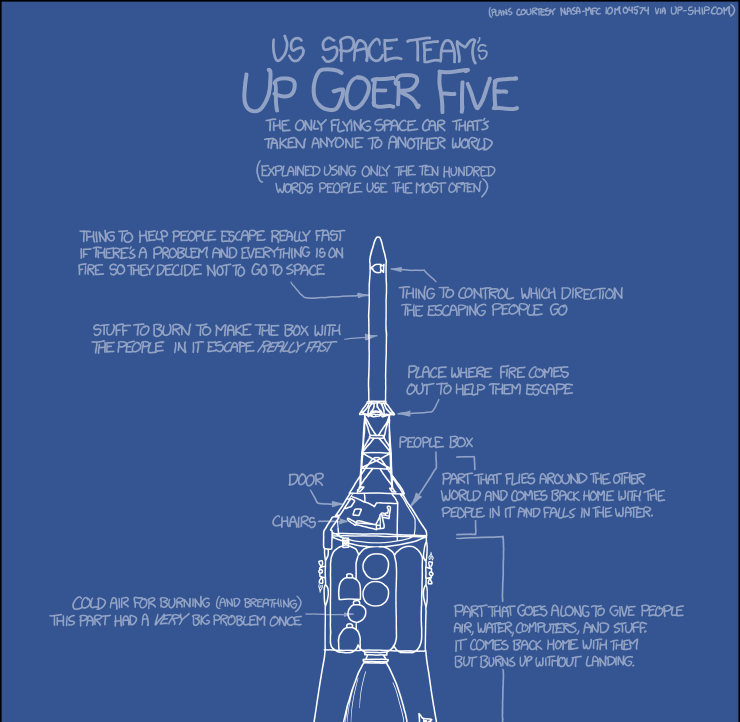 Trotta's project was inspired by an xkcd cartoon created by Randall Munroe, "Up Goer 5," which labeled a diagram of the Saturn V moon rocket using only the same limited lexicon. (According to Theo Sanderson, who created a Top Ten Hundred Text Editor based on the cartoon, Munroe drew his top thousand words from Wiktionary's contemporary fiction frequency list.)

Trotta's idea was to take Munroe's challenge of describing an object that is highly technical without using a single technical term, and apply it to an entire field of scientific study. A self-described science communicator, Trotta explained in a talk given at Google, that "it should be possible to talk about very hard things in a straightforward way that all people can understand."

The resulting book is certainly a remarkable feat of vocabulary management, with Trotta's coming up with ways to rename one concept after another in a novel way. But how does it read?

For the most part, the prose is pellucid, if a little awkward. At times Trotta's invented hyphenations make it sound like he's writing dystopian fantasy fiction or a mythic fairy tale: Earth is Home-World, scientists are student-people, planets are Crazy Stars. To get a sense of how this sounds, check out Trotta on the way Crazy Stars orbit the sun: 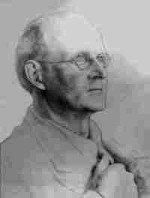 Munroe, Sanderson, and Trotta aren't the first people to noodle around with the idea of using a simplified version of English to facilitate communication. Charles Kay Ogden (at left), a linguistic psychologist working in the first half of the last century, created a list of 850 basic words he believed would make for a common, easily learned international tongue, leading to increased international communication and world peace. But even Ogden would have allowed an astrophysicist like Trotta to use the word planet. In addition to learning the 850 words, Ogden suggested everyone's personal lexicon include 150 technical words pertinent to their work.

What words would you most miss if you were forced to describe the world around you using just the top 1000? Try it and see. The exercise in scarcity might not only show you how badly you miss the words you cannot use, but open up the possibility that, of the words that you have yet to discover, some might have the power to dramatically alter the ease with which you write, speak, and think. It's mind-blowing...kind of like looking up into the heavens.