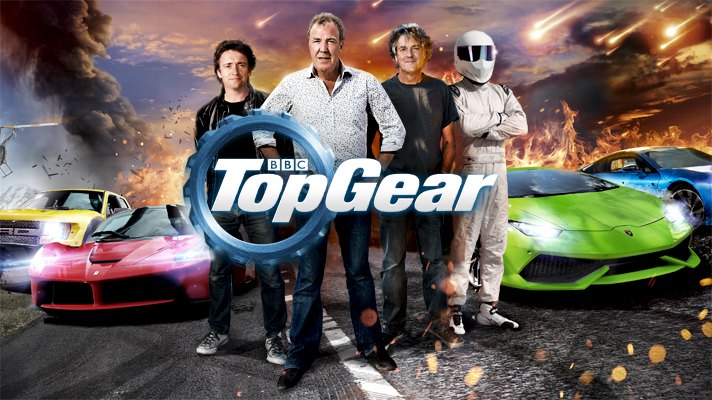 They could have called it a dustup. A run-in. Fisticuffs. A kerfuffle. (Or even the sesquipedalian batrachomyomachia.) But the BBC chose to use fracas in describing the event that led to the the suspension of Top Gear host Jeremy Clarkson, sending many of us to our dictionaries with the question, "What does that mean?" And, "How in the world do you pronounce it?"

The Daily Mirror took their dictionary consult one step further, calling in an expert testimonial from lexicographer Jonathon Green, who explained that yes, fracas means Clarkson punched someone.

[Green] said: "Most people would think it does imply some kind of fisticuffs, it is not just shouting at each other I would imagine.

"I assume it was probably some kind of fist fight. A fracas tends to be some kind of physical confrontation, it suggests something more than a verbal argument.

"You get a fracas between demonstrators and police, or between football supporters. Somebody has probably put a punch on somebody else's nose. I am of course talking generally.

"But it is not to the extent of murderous physical violence. The image I get is of a clash in the street."

Our blurb and usage tracker go a little deeper in providing a sense of when and how you ought to use this word. (Note: our usage examples, which come from all sorts of sources, have already been updated to include a reference to Clarkson's suspension.)

Now, to pronunciation. Is it FRAY-kus? FRACK-us? What about frack-AH? Believe it or not, all three are correct, though the first two are more common in American English (FRAY-kus is the one we supply as an audio clip on our Dictionary page) and the last one is more common in British English.

To understand why, take a look at the path the word traveled into English. The Online Etymological Dictionary informs us fracas first appeared in Italy as fracassare, meaning "to smash or break in pieces." It was formed via a combination of fra, "a shortening of the Latin infra- 'below,'" and "the Italian cassare 'to break,' from Latin quassare 'to shake.'" Fracas then made its way into French in the 15th century, and three hundred years later began showing up in English — the earliest recorded use is in 1727.

Thus it makes sense that the Brits, living as close to the continent as they do, maintain the French pronunciation in their speech, while Americans tend to say it like they see it, as we all do when pronouncing the "t" in DuPont, or the "s" when referring to the capital of France.

If that's offensive to the French, then let them fracas away.