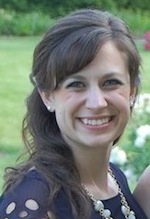 I recently decided to use Vocabulary.com to switch up my weekly vocabulary routine, and it has paid off twofold. The students have become more engaged and they have started taking ownership for our class vocabulary list. Here’s what I now do every Monday.

First, I pull up Vocabulary.com on the Smartboard so that the class can see the site with me on the big screen. I either “Start a New List” or edit a list I’ve already started. (I like to make sure my students keep reviewing past words, so I only start new lists at the beginning of each quarter).

Instead of just reading aloud a definition and waiting for the students to write it down, I type the word into the “add a word” box at the bottom of the list and press enter. For example, this past spring my eighth graders had the word lackadaisical. I went ahead and typed it in the box and this definition popped up:

Idle or indolent especially in a dreamy way

I don’t just read it and move on, and they don’t just copy it down and then start doodling. Instead, I click on “Browse Example Sentences.” (That’s right: no more drawing a blank when a student asks for an example of the word being used. That never helped my argument about the usefulness of the word.) Up comes a list of sentences taken out of current media, proving that the word is used.

Going Beyond a Word’s First Definition

Sometimes the students are able to understand the given definition right away. When that happens, I show them the first few sentences and allow them to vote on which one is the best example of the word being used in context. If they don’t think that any of the sentences use the word with enough context, then they are free to create their own.

“Head coaches Byron Scott and Mike Brown made little impact on a team that was criticized for its lack of energy and lackadaisical play.” Forbes (Apr 17, 2015).

Now it’s time for the students to be in charge. They raise their hands if they think they’ve figured out what the word means from the first sentence. I will usually take no more than three guesses so that we keep the lesson moving. The reason this particular word sticks out in my head is because I had three basketball players in my class who went nuts for this sentence. An example sentence about the Cleveland Cavs? That got their attention, and it was actually one of them – Kyle – who volunteered the first guess.

“Weak?” He said. “You know, like they were making weak plays?”

One thing about words that many people forget is their fluidity. Words are chameleons, and the slightest nuance in a sentence causes them to shift meaning. So here is where you get to get involved in much more meaningful way than just repeating definitions like a robot. You decide if you think the definition supplied works for how the students will be learning the word or if you want them to keep going.

In my case, I wanted to make sure the students didn’t connect lackadaisical solely to skill or performance, so I had them keep going. Our next sentence:

“The judge’s lackadaisical attitude could explain why the sentencing was so relatively light.” Salon (Apr 8, 2015).

This time Dave spoke up. “Easy?”

And then a beautiful thing happened – I was handed a teachable moment.

“Okay, Dave. So if the judge is easy that might explain why he’d give a light sentence. But let’s take a look at the other sentence too. Easy doesn’t really work with ‘lack of energy.’”

“Tired?” Dave offered again without being called on.

“So close!” I coached them a tiny bit, “if the judge was tired – what might his attitude be?”

Now the hands shot up, each one accompanied with an “ooh!” Naturally, I called on the student who was sitting quietly with her hand raised.

“Bingo. And that’s another way to define ‘indolent.’” I tied our repartee back to a word they encountered in the original definition.

When I feel like the students truly understand how the word is used, I click the drop-down button next to the definition to get a list of others. I make sure to discuss the variations. In the case of lackadaisical the students chose the second one, Lacking spirit or liveliness, to be the official definition on our class list because they liked the commonality of “lack” between the word and definition.

The last part of adding a word comes with the “notes” box next to the sentence. This is my favorite feature because I love being able to add custom ideas that our class comes up with here for the students to refer to later. If it’s 10:00 on the Thursday night before our weekly quiz, a student might read the definition and sentence for lackadaisical and still be a little foggy. But if the student has a chance to see our class notes where “tired judge = doesn’t care. Lackadaisical students = not worried about the quiz. LACKadasicial = LACKing care” is typed, it can help them zero in on exactly what the word means.

Does this take longer than reading aloud definitions? Yes. Does it allow the students to take an active role in their vocabulary? Definitely. When my students get to determine definitions, choose sentences and make the notes they are not only taking ownership for the vocabulary list – they are practicing the words in a practical way.

Erin Vanek has been working in the education field since 2006 doing everything from tutoring elementary students in Columbus, Ohio to teaching AP English to seniors in Cleveland. She currently teaches language arts at an Ohio middle school, where she works as the Gifted Intervention Specialist. When she’s not teaching, she is coaching young creative writers in Power of the Pen, advising students in Mock Trial and Model UN, and facilitating a love of words through WordMaster’s Challenge. Read more of her teaching ideas at creativeteachersclassroom.com.